Zegras and Milano Pull Off The Incredible 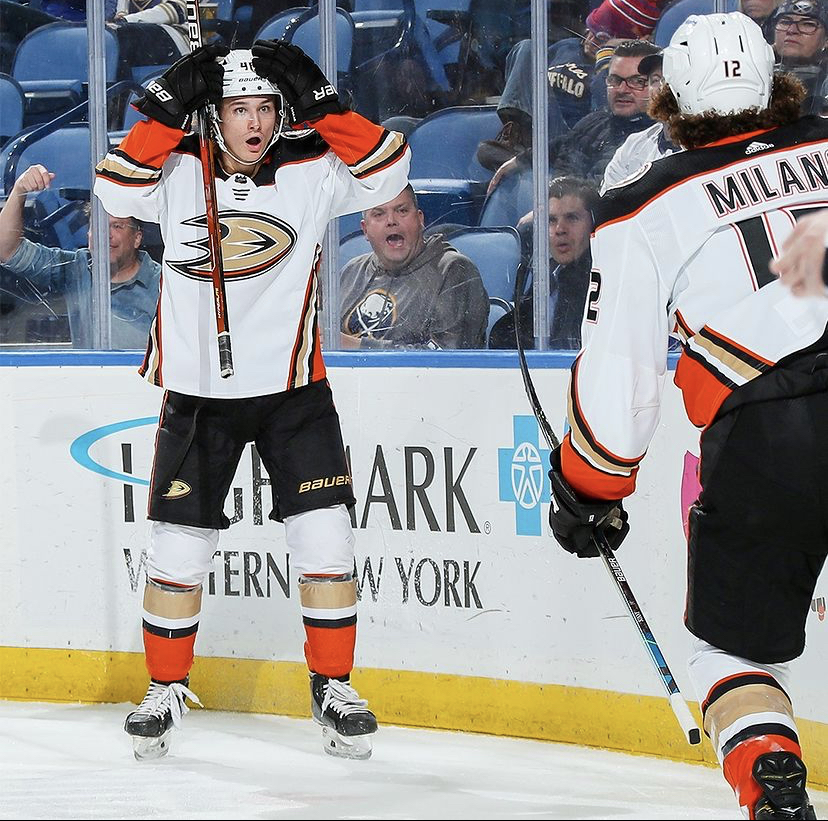 If you don’t know who Trevor Zegras is and how insane of a hockey player he is, well you’re about to. Time and time again he steps out onto the ice and becomes this amazing play-maker; doing the unexpected. It may not always produce something for him or his team, but the attempts are definitely worth their tries. It also just goes to show that if he’s doing this now so early in his NHL career, what could be expected to come from the twenty year old as time goes on.

Last night against the Buffalo Sabres it appeared as if Zegras was going to pull off the Michigan. You know the type of shot where the player is behind the net and they pick the puck up and lacrosse style puts it into the net. Well instead of putting it into the net himself, he actually flipped it over to teammate Sonny Milano who knocked it right out of the air and in top corner giving the Ducks a 1-0 lead.

“I still can’t believe it worked, I think it’s pretty funny. I tried it a couple of times, haven’t even come close and for him to wack it out of the air and keep it under the crossbar is pretty incredible,” stated Zegras in his post game interview. 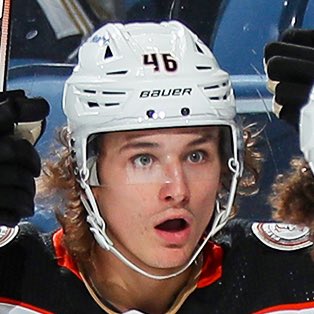 The unbelief was written all over his face as he looked frozen and shocked when the puck fell into the net. Even Milano went on to state, “he said nothing I think, he was in shock.” Zegras was seen on the bench just laughing in utter surprise as Milano and himself managed to pull off such a risky goal. It even went on to catch the attention of actor Micheal B. Jordan who mentioned that he never really watched hockey, but was impressed by what they both managed to pull off.

What is truly impressive is that this is Zegras’ second season in the NHL. Last season, he was juggled back and forth between the AHL with the San Diego Gulls and being on the Ducks NHL roster. With what he has exhibited so far this season and the accomplishments he has gathered, it is safe to say that Zegras is just going to grow as a household name for Anaheim and NHL fans alike. Definitely recommend keeping him on your radar to see what other internet breaking goal he pulls off; trust me there are going to be tons more.