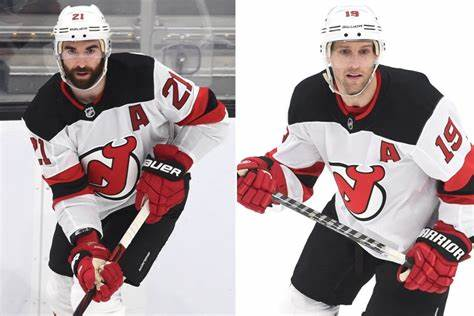 The Islanders made a strong move this week by adding two forwards to their lineup as the trade deadline quickly approaches. Travis Zajac and Kyle Palmieri were acquired from the New Jersey Devils in exchange for A.J. Greer and Mason Jobst as well as a first round pick in the 2021 NHL Draft and a conditional fourth round pick in the 2022 Draft.

With the Islanders losing top winger Captain Anders Lee due to knee injury this season, they needed to fill this spot before the playoffs began to help ensure a strong playoff run. With this, they acquired Palmieri to come in and serve as a winger presumably next to star center Mathew Barzal, who has been waiting for a strong addition on his wing right along next to Jordan Eberle. In addition, Travis Zajac is a strong forward that could aid in J.G. Pageau’s line.

“We’re comfortable especially at this time with some 18-20 games left, you need people to come in and you’re aware of who they are as people, besides their talents,” Isles’ GM Lou Lamoriello  said last night. “Their talents are why you acquired them, but that they can fit in that locker room, that they’ll be accepted and they will also accept the philosophy in that room.”

Bringing in Palmieri and Zajac, and the impact that is expected from them is a distinct difference from some of the acquisitions the Isles have made at past deadlines.

The Islanders had a similar situation with obtaining Michael Neuvirth from the Buffalo Sabres. However it wasn’t near as big of a trade. This was because they looked to add him as a backup goaltender behind Jaroslav Halak. The idea behind gaining Neuvirth was to replace Chad Johnson as they were heading into the first round against the Washington Capitals and needed two goaltenders who were strong between the posts. Neuvirth was never a big name player and he didn’t aid much to the Islanders’ roster going 1-3-1 in five games with a .881 SV%.

Even the year later after when the club acquired Shane Prince from Ottawa, Prince had some good moments but ended up flaming out a short time later, due to injuries.

Lest we need to throw out names like Tyler Kennedy, Chris Wagner or Brandon Davidson, all whom brought very little in terms of value.

Additionally in last year’s deadline trade, the Islanders were presented with a very similar situation to this year due to defensemen Adam Pelech having suffered a a leg injury in early January. To fill the hole that Pelech’s injury created, they traded for Andy Greene from the New Jersey. With Greene being a veteran player and seeing over 50 Stanley Cup Playoff Games, he was a great fit to add to the Islanders in order to ensure that losing Pelech wasn’t going to be a huge issue moving into those tougher matchups as the season drew to a close. This was a sizable trade for the Islanders as they, just like this year, found themselves down a top player close to the end of the regular season.

Adding the veteran players for their experience and knowledge of the game seem to be the fit that the Islanders are looking for when adding to their roster when deadline time comes around now. The Greene and Pageau trades paid off for them as they did manage to get to the third round of the Stanley Cup Playoffs last year.

They have the potential to go even further again this season now with Palmieri and Zajac in the fold, which feels totally different than what deadlines used to be like for this franchise in years gone by.